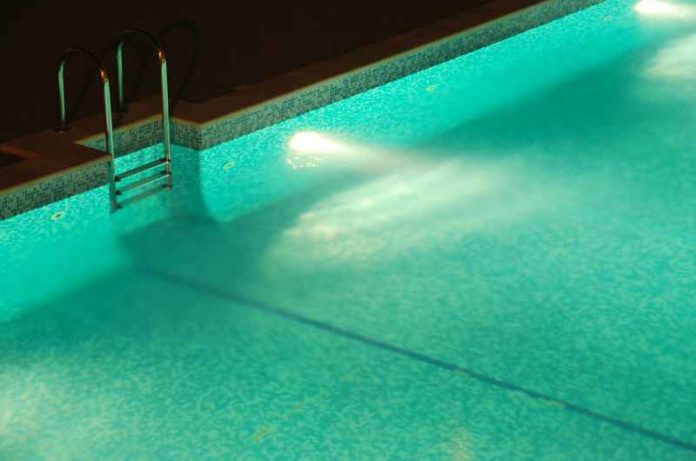 Scientists in Alberta used an artificial sweetener to measure how much urine is in a pool.

Pee in a pool never goes away until the pool water is replaced. Some of its compounds react with the chlorine used in swimming pools to form a brew of chemicals that irritate the nose, the lungs, and the skin. In fact, a portion of the familiar pool smell is urine odor.

Until now, it had been difficult to determine exactly how much urine was in a swimming pool. A group of innovative scientists in Alberta used an artificial sweetener in pool water to measure how much urine a pool contains.

Acesulfame K (ACE) is an artificial sweetener that is 200 times sweeter than sugar. ACE is stable under heat, allowing it to be used in baking and in products with a long shelf life. Its low-calorie count and low blood sugar impact make it a popular sweetener in baked goods, sodas, yogurt, soups, candy, gum, protein shakes, and medical products like chewable and liquid medications. Unlike natural sugar that is absorbed by the body, ACE is completely excreted in the urine.

An ACE solution is stable, resists decomposition, and shows no detectable decrease in concentration even after being stored for 10 years at room temperature. ACE and other artificial sweeteners have become common and are consumed in such large quantities that they are now found in natural bodies of water and are being recognized as emerging environmental contaminants.

The study, published in Environmental Science and Technology Letters, examined water samples from 10 pools and 5 hot tubs at public and hotel swimming pools in 2 Canadian cities in the summer of 2014. Each pool used municipal tap water as its water supply and the samples were kept at 4OC until they were analyzed.

The scientists discovered that a commercial-sized public swimming pool contains about 20 gallons of urine. In a residential swimming pool, this translates to about 2 gallons. Although this is only about 1/100th of a percent, any amount of urine is a health concern for some people.

The concentrations of ACE in pool water were between 4 to 571 times higher than the corresponding tap water. In addition, ACE was detected in all tap water samples tested.

This new method of testing provides an easy and accurate way to measure urine in water samples. The practical conclusion is simple: Don’t pee in the pool.