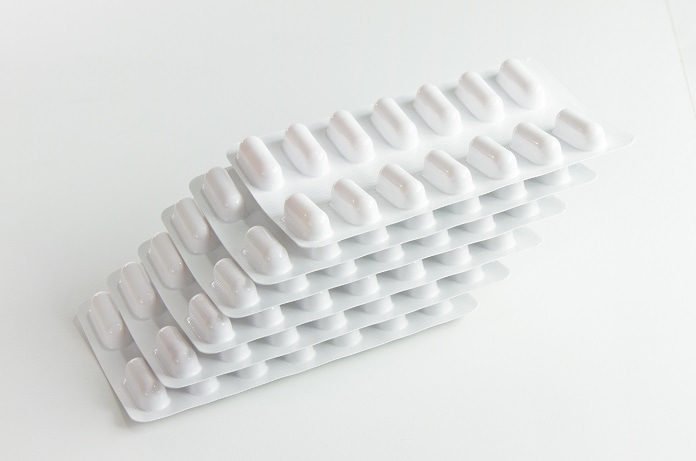 Mutations in BRCA1 and BRCA2, the tumor suppressor genes that code for proteins involved in DNA repair, are known to predispose individuals to breast cancer. Patients with germline mutations in BRCA1 are more likely to be young, have a family history of the disease, and be triple-negative for three cell surface proteins: human epidermal growth factor receptor type 2 (HER2), estrogen receptor, and progesterone receptor.

The study was funded by the pharmaceutical giant AstraZeneca and involved 302 adult patients who were randomly divided into two groups: 205 were assigned to the olaparib group and 97 to the standard-therapy group, of whom 91 received the assigned treatment. The selected patients had metastatic breast cancer that was either triple negative or HER2-negative, but estrogen receptor positive, or progesterone receptor positive, or positive for both the hormone receptors. Additionally, the patients had a deleterious germline BRCA mutation, had previously received no more than two chemotherapy regimens for metastasis, had normal organ and bone marrow function, and had at least one tumor lesion that could be assessed for response to treatment.

The primary endpoint that was monitored was progression-free survival, which was defined as the time from baseline to the time when the disease was seen to progress in imaging tests (CT scan or MRI) or until the death of the patient. The median survival time in germline BRCA mutation-bearing patients with HER2-negative metastatic cancer was 7 months when treated with olaparib and 4.2 months when standard monotherapy was used. The risk of death or disease progression was 42% lower when patients were treated with olaparib as opposed to standard monotherapy. Furthermore, the rate of response to treatment was 59.9% in the olaparib group compared to 28.8% in the standard therapy group. There were fewer adverse events of a serious nature with olaparib therapy than with standard therapy, the most common being nausea and anemia. One serious limitation of the trial was its open-label nature. However, during the analysis of primary data, the reviewers were blinded and did not have knowledge of the type of treatment each patient received.

Notably, these results offer hope to triple-negative breast cancer patients who have limited treatment options available after treatment involving anthracyclines and taxanes. Roughly 80% of the breast cancers with BRCA1 mutations are triple-negative, and olaparib and other PARP inhibitors may become viable options for treating this breast cancer subtype in the years to come. Nivolumab is a good option for those with metastatic breast cancer.